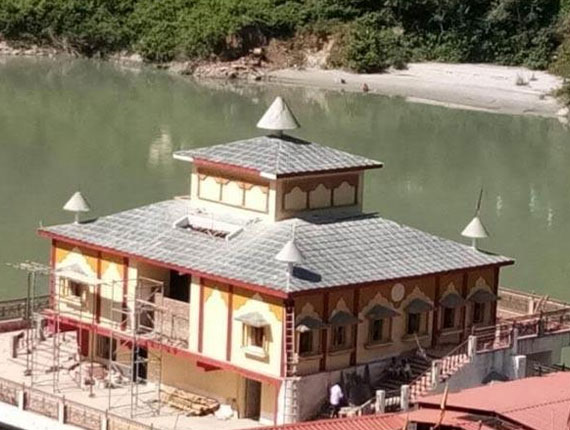 
Located between Srinagar and Rudraprayag on the banks of Alaknanda River in Kalyasaur, Dhari Devi is an ancient Hindu temple in Uttarakhand. A manifestation of Goddess Kali, Dhari Devi is reckoned to be the protector of the Char Dhams. People are of the opinion that the stone carved deity changes face of a girl, woman, and of old lady as the day progresses. Since a long time now this temple has been a center of faith for the people of Garhwal, according to the legend, Dhari Devi is the guardian deity of Uttarakhand.
Devotees come here to worship the goddess round the year but during the Navratras, the number of people increases and come here to get blessings. It is believe that the lower part of Goddess Kali is being worshipped at Kalimath temple and the upper part is worshipped at Dhari Devi Temple.