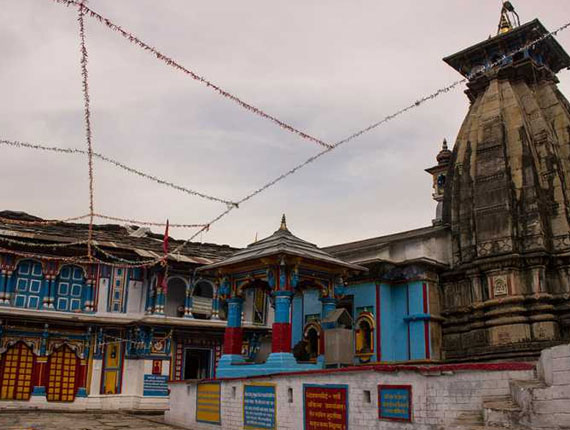 
This temple is situated in Ukhimath in Rudraprayag district, Ukhimath can be used as center destination for visiting different places located nearby, i.e. Madhmaheshwar (Second kedar), Tungnath ji (Third kedar) and Deoria Tal(natural fresh water lake).Temple is popularly known as Omkareshwar Peeth is one of the oldest temple in the country and houses the dieties of Kedarnath and Madmaheswar during the winter months.
According to the legend, The Emperor Mandhata, during his last years he gave up everything including his empire and came to the Ukhimath and did penance for 12 years by standing on one leg. At the end Lord Shiva appeared in the form of 'sound' , 'Omkar', and blessed him. From that day onwards this place came to be known as Omkareshwar.