Lord Shiva is the most revered deity in Uttarakhand and one can find many temples and shrines dedicated to him. Panch Kedar comprises of five Kedars Kedarnath, Rudranath, Tungnath, Madyamaheshwar and Kalpeshwar. These sacred sites of Lord Shiva are located in the Garhwal region of Uttarakhand. Panch Kedar trek is also popular among younger people who like the thrill of trekking to the holy places perched in the mountains.
Each kedar region has its own story, In these Five Kedars Lord Shiva is worshipped in five divine forms. Like his hump is worshipped in Kedarnath, the arms in Tunganath, the nabhi (navel) and stomach in Madhyamaheshwar, the face at Rudranath and the hair and the head in Kalpeshwar. 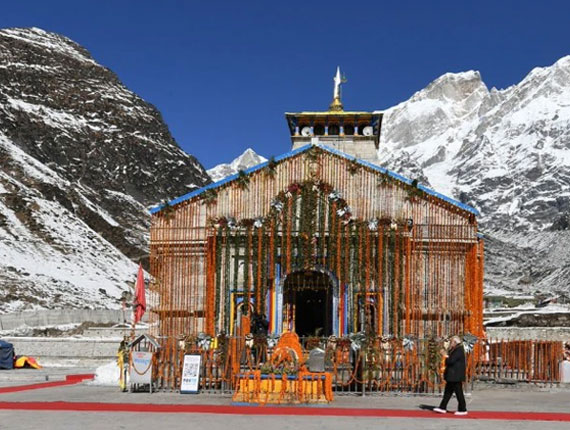 
The grand and impressive structure of Lord Shiva's shrine is made of grey stone. The temple is the highest among the 12 Jyotirlingas dedicated to Lord Shiva. Kedar is another name of Lord Shiva, the protector, and the destroyer, and its believed that a journey to this sacred land opens up doorways to "Moksha" or salvation.
The present Kedarnath Temple is believed to be re-constructed by Adi Shankaracharya in 8th century A.D, at the place adjacent to a spot where the Pandavas of the Mahabharata fame are believed to have constructed a temple.
The nearby flowing Mandakini River, mesmerizing vistas and splendid sceneries in the form of the snow-clad mountains, rhododendron forests, and salubrious environment make Kedarnath a tranquil and picturesque place to be at. 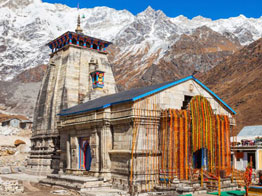 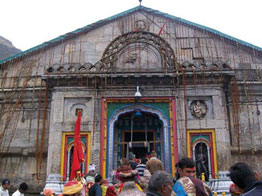 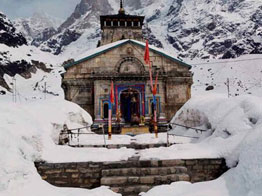 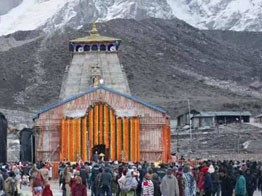 
With the beauty of lovely peaks and elegance of nature, Madhyamaheshwar offers some of the best scenic views in Uttarakhand. Madhyamaheshwar also has a fabulous but interesting legend of its own. It says that after the Mahabharat war, the Pandavas decided to pay reverence to lord Shiva in order to absolve them from the sin of gotra hatya.
Madhyamaheshwar Temple is the fourth temple that is worshipped in the Panch Kedar pilgrimage circuit, where the navel of Nandi, Lord Shiva's bull, is worshipped and is believed to be built by the Pandavas of the epic Mahabharata.
This holy place comes under the Garhwal region and is a part of Rudraprayag district. 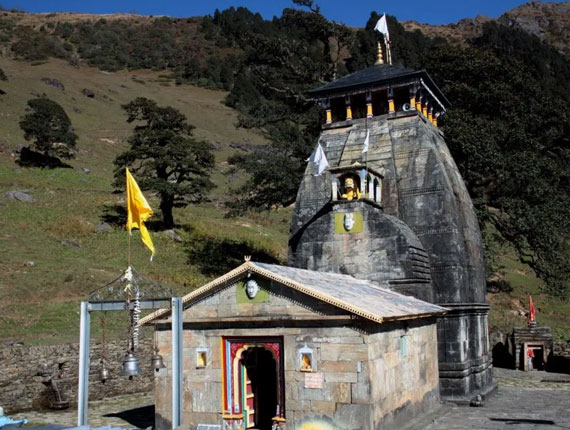 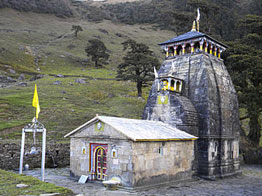 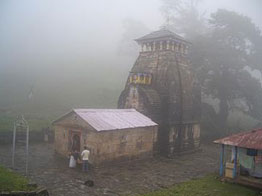 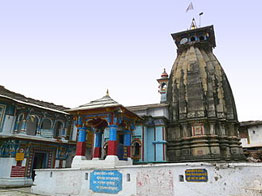 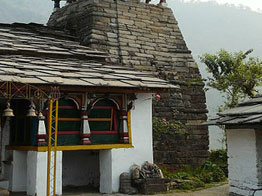 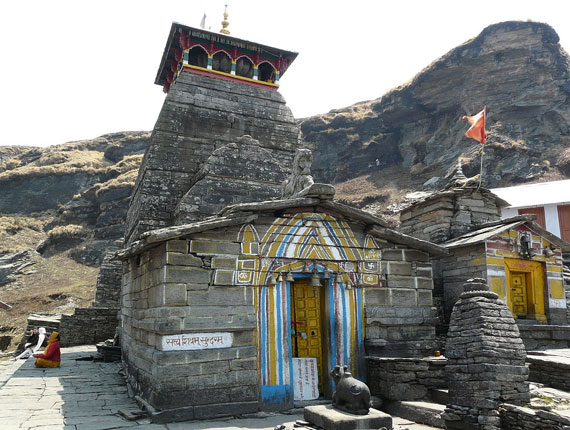 
Tungnath is one of the highest Shiva temples in the world and is the highest of the five Panch Kedar temples. It is believed to have belonged to an ancient era almost 1000 years old.
The foundation of this temple was laid down by Arjuna who was the third of the Pandava brothers. Architecture of this temple is artistic. During winters the image of Lord shiva is moved to Mukunath, situated in 19kms.
Other than being a religious destination, Tungnath is also a well known trekking destination. The 4 km (2.5 mi) trek starts from Chopta, the nearest place connected through motorable road. The trek goes through rocky terrains, green meadows and Rhododendron bushes showering with us. 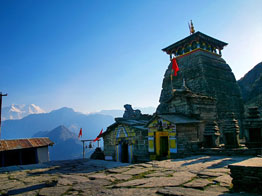 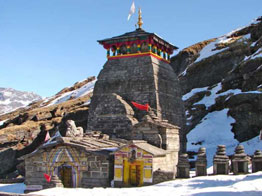 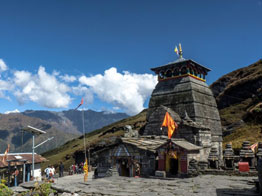 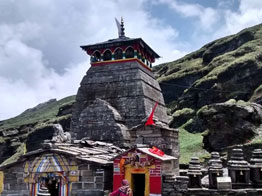 
It is located in the Garhwal Himalaya Range in Chamoli district of Uttarakhand state, India. The celestial temple is snuggled inside the rhododendron forests and the alpine meadows. Rudranath temple is the toughest one to reach in comparison with other temples of Panch Kedar.
It is said that this important Hindu shrine was built in 8th Century AD and is said to shelter the face of Lord Shiva. Rudranath is adorned by several blessed water bodies like; Surya Kund, Chandra Kund, Tara Kund, Manas Kund, Vaitarani, Baitarani, and Rudraganga rivers.
Lord Shiva is worshipped as 'Nilkanta Mahadev' in Rudranath Temple. According to the legends, the Rudranath Temple was built by the Pandavas, the heroes of Mahabharata. 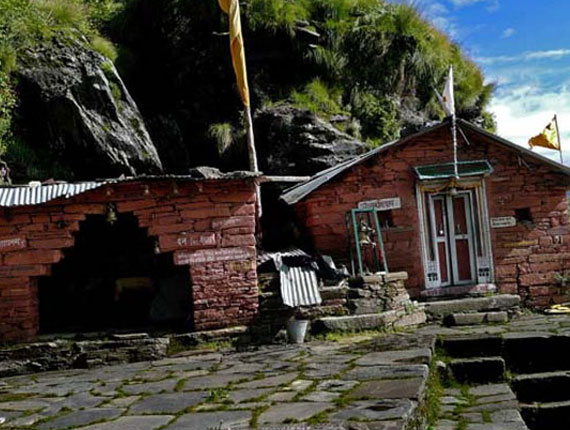 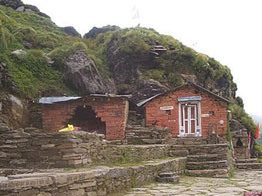 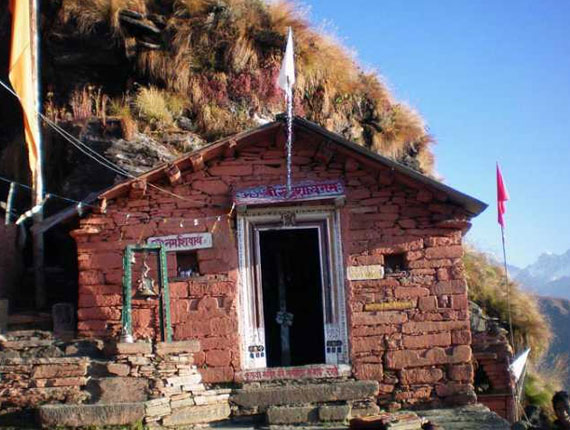 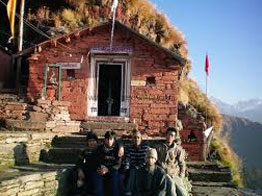 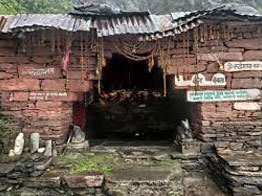 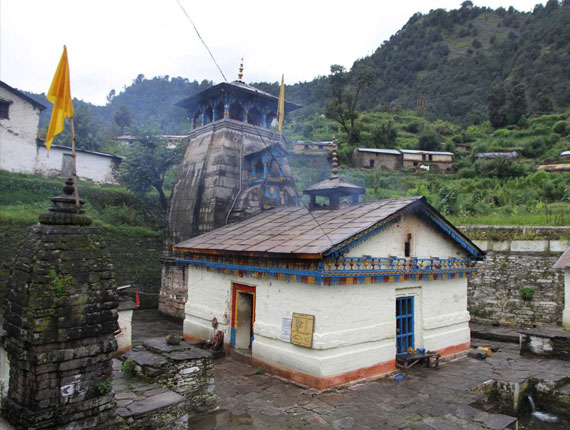 
Kalpeshwar is located in Urgam valley of Himalayan Garhwal region situated in Chamoli District of Uttrakhand, India. Kalpeshwar is the only Panch Kedar temple accessible throughout the year.On the way from Helang to Kalpeshwar you can see the beautiful Alaknanda and Kalpganga rivers all along the way.
Lord Shiva is worshipped in the form of matted hairs at Kalpeshwar and the trail to this sacred shine goes through thick forests and lush green terrace fields. There is also an old Kalpvriksha tree here which is said to be the wish granting tree in Hindu mythology.
Pandvas built this temple to worship Lord Shiva and to please him. On the trek visitors can see Boodha Kedar temple, Dhyan Badri temple at Urgam village. 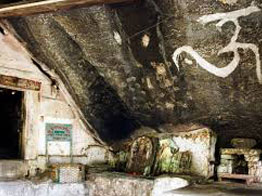 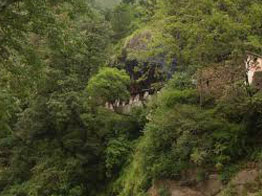 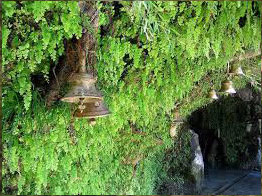 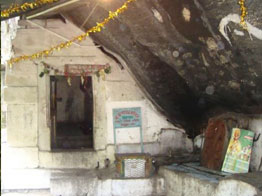