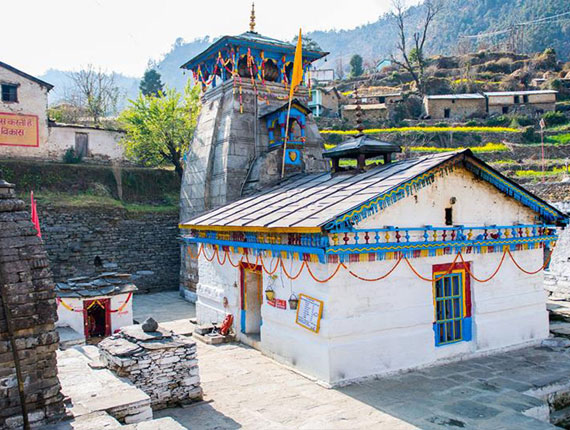 
Triyuginarayan is a well known Hindu pilgrimage located in the Rudraprayag district of Uttarakhand. Trijugi Narayan temple dedicated to the preserver, Lord Vishnu and the architecture of this temple resembles to that of Badrinath shrine. The temple is equally popular for being the sacred marriage site of Lord Shiva and Parvati Devi which was witnessed by Lord Vishnu as Parvati Devi’s brother and conducted by Lord Brahma.
The marriage fire lit during the marriage ceremony is still burning in the temple and called as Akhand Dhuni i.e. the eternal fire. There is also an ever-ending water stream here which fills the nearby ponds in which the devotees take sacred bath. Nowadays, this temple is getting popular as a wedding destination, many people come there to take blessings of lord Shiva, Vishnu and goddess Parvati for their successful marriage.